How and when to cut the rose?

on June 10, 2019
The ornament of each garden is the magnificent rose. Proper pruning increases the flower yield of our rose bush. Let's see how the roses should be pruned! 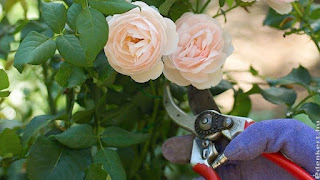 THE PRUNING OF ROSE BUSHES IS A CHALLENGE FOR MANY GARDENERS, BUT IT IS GOOD FOR PLANTS.

It takes time and practice to become a rutinous rose-cutter, but do not forget that it is not enough just to cut down dead parts. There is a great deal of disagreement between the rose peters about how and when to cut the roses. The generally accepted opinion is that most cut branches are quick to retrieve, bring new shoots and prevent the plant from widening by pruning.


WHY CUT THE ROSES?

THE BASICS OF ROSE BARKING

WHEN DO WE INTERSECT?

The timing of pruning depends on the type of rose and the sky where it grows. Most roses are pruned in the spring, at the same time as flowering forsythia, which indicates that the time of pruning has come. If you do not have forsythia, then notice when they start to swell the buds of the leaf, that is, when the bumps on the comma grow and red.
The hybrid tearozo is the most delicate thing about pruning. If you don't know what kind of rose you have, watch the plant for a whole season. Pruning should be done when the plant is still at rest, so observe the appearance of reddish bumps. If the plant blooms early on last year's weeds, do not cut it just after flowering.
HERE ARE SOME GENERAL PRUNING TIPS BY THE TYPE OF ROSE

FLOURISHES ONCE ON A NEW SHOOT

Modern eternally blossoming roses and Floribunda: These roses bloom best on the new shoots of the current year. Cut in the spring (1.5 cm to 1.7 cm) the canes and remove the old woody stalks. Leave 3-5 healthy commas spread evenly around the plant. Cut them to different heights from 46 cm to 61 cm to help keep the flower blooming.
Hybrid Tearoza and Grandiflora: They also bloom on new branches and must be cut in early spring. Remove dead or weak branches. Make a vase shape from the remaining stems by removing the middle stems and any branches that grow inward. Then reduce the length of remaining stems by 1.30 cm to 46-61 cm. Leave older, stronger legs a little longer than new shoots.

ONCE FLOURISHES ON AN OLD STICK

Running Rose : intersects in order to remove the withered commas, or convert it to the format and do not let bokrosodni. The runner only blooms once and can be pruned immediately after flowering, and can be cut back up to 5-8 cm.

Modern Shrub Roses: This group is repeatedly flourishing; ripe but not old, blossom on woody trees. Leave in the first two years to increase your vitality, then use the "one-third" method. Every year we cut back the bush's old shoots by one-third (plus any dead, sick, or decaying canes).
Crawler Bag: The creeper bag can flourish repeatedly. Cut them early to remove the damage caused by winter and dead branches. Cut them after flowering, shape their shape, don't let them overpower.
Bourbon and Portland roses: These varieties are blossoming again, both new and old. Cut them to remove the dead canes before flowering. More thorough pruning and shaping are recommended after the first flowering.

Alba, Centifolia, Damascus, Gallica, and Moharozas: This group only blooms once, brings flowers to the old canes, and does not require much pruning at all. Just cut them to remove the dead or thin commas and shape them into beautiful shapes. Just cut after flowering.
Miniature Roses: Only cut them for toning. After flowering, cut back over a bud facing outwards.
flowers Ornamental garden ornamental shrub plants pruning pruning rose pruning shears rose bush rose varieties roses rosewood spring garden work 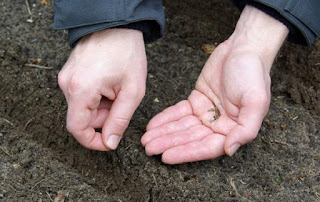 February in the garden

February begins to awaken the garden from winter sleep.It depends on the current weather, which determines the order of work in the garden.If the sun and warm February welcome us outside the windows, we can clean up the remains of autumn and winter from the garden.We can clean and engrave the flower beds, liming the soil and shaping the fruit trees and shrubs by educational cut. 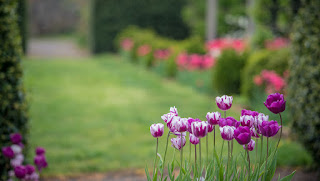 Recharge your garden and surrounding nature in spring

The first spring herbs are already a club from the soil, which is heated by the sun during the day.And it is the sun's rays and heat radiation that pull the first spring herbs out of the soil.And they have the greatest healing power.They can be found in the gardens and the surrounding area. 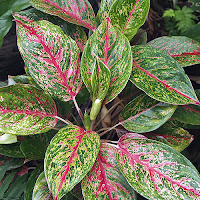 It is instructive that when buying plants for the garden, I am interested in whether a particular plant is dangerous to a child or pet in some respect. In the case of houseplants, these issues are less common, although there are dangers among them.
In winter we spend more time in the apartment
As a result, we are closed with our indoor plants. Some people are in danger, but if we are aware of this, it shouldn't be a problem.